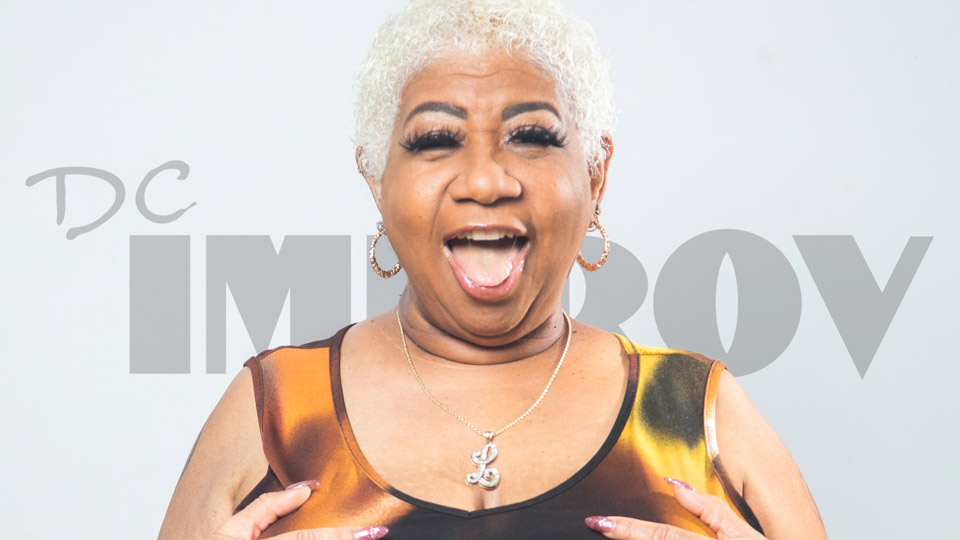 At the request of the artist, patrons for these shows must present proof of full vaccination against COVID-19 to be admitted to the venue. (Negative COVID tests will not be accepted.) Proof of vaccination can be either your completed vaccination card, or a legible photo of a card saved to your phone. The last dose must be more than two weeks ago. Patrons will also be asked to present a photo ID matching the name on the card.

Spotlight: She's a force on the stage and scene-stealer whenever she's on screen. Known for her breakthrough role as the "hooker with the heart of gold" in the blockbuster comedy "Borat," as well as her tours and DVD appearances with Katt Williams, Luenell sold out every show when she appeared at the DC Improv in 2019 and 2020. Now she's back for 2022 ... 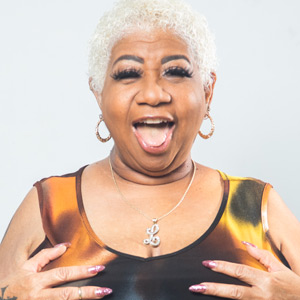 Luenell is the self-proclaimed “Original Bad Girl of Comedy.” She may be small in stature, but she more than makes up for it with her big personality, booming voice and infectious laughter. Born in Tollette, Arkansas and raised in Oakland, Calif., Luenell, has been thrilling audiences with her brand of comedy for more than 30 years. As the eighth child of eight children; any lack of attention she may have received growing up as the baby in the family, she now gets plenty of it from her exuberant fans around the country. Luenell is one of the most sought-after and in-demand female comics on the scene, currently headlining her own tour, titled “The Fresh Out of Favors Comedy Tour.”

With the touch of a remote control, her body of work in television and film can be found on network and cable television as well as popular streaming services. Plus, fans can also tune into her popular YouTube show -- that is, Hey Luenell -- for comedic thoughts on her mind.

Currently, Luenell appears in two very popular Eddie Murphy movies! She is part of the all-star cast of the “Coming 2 America” sequel, starring Murphy and Arsenio Hall, streaming on Amazon Prime Video as well as the ensemble cast of “Dolemite Is My Name,” starring Murphy, currently streaming on Netflix. Other sightings of Luenell include an appearance on “Hacks” on HBO Max; Jamie Foxx’s new Netflix show, “Dad, Stop Embarrassing Me!” Tracy Morgan’s “The Last O.G.” on TBS; the sequel, “Power Book II: Ghost” on Starz; a cameo in Rihanna’s Savage x Fenty Fashion Show, streaming on Amazon Prime Video and a cameo appearance in the music video, “I Like Boys,” by former American Idol singer/songwriter and choreographer Todrick Hall, which has already amassed millions of views on YouTube – just to name a few.

Prior to the pandemic, Luenell was gigging in Las Vegas! She had an extended run at Jimmy Kimmel’s Comedy Club at The LINQ Promenade in Vegas. When Sin City opens back up, look for her to bring back some laughs to the strip. Luenell’s latest comedy CD, “Luenell Live: I Only Drink at Work,” is available on digital platforms everywhere.