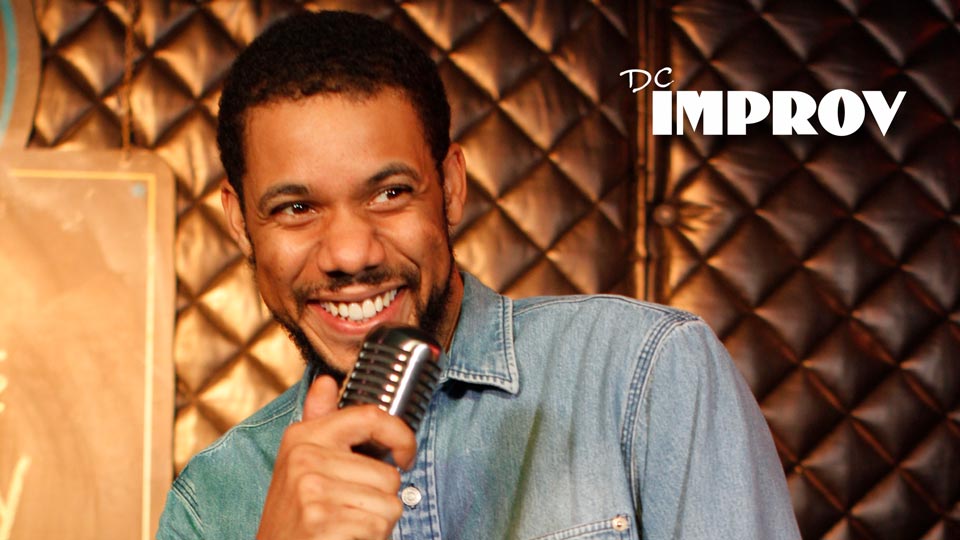 Spotlight: Quick-witted, good-natured and flat-out funny, Clayton exploded onto the national comedy scene when he won "Last Comic Standing" in 2015. His victory lap took him to stages across the country, including ours. Since then he's been racking up the TV credits too, including a recent role in the Disney + series "Hawkeye." This April he's back to headline the DC Improv a fourth time.

Originally from Atlanta, Clayton English is a stand-up comedian, actor and writer based in Los Angeles. He is the current champion of NBC’s LAST COMIC STANDING finishing first in the most recent season. Clayton was featured as a New Face at the Just For Laughs Comedy Festival in Montreal and has been seen on LATE NIGHT WITH SETH MEYERS, guest starred on BROOKLYN 99 and AP Bio, and is recurring in the Netflix show LOVE. On the feature side, English recently wrapped production on THE WAR WITH GRANDPA, starring Robert De Niro, Uma Thurman, and Christopher Walken. He has opened for comedy luminaries such as Dave Chappelle and Bill Burr and can be heard regularly on the 85 South Podcast.