Spotlight: IT'S ALMOST THE FUNNIEST COMEDY SHOW EVER … Join us as DC's most exclusive comedy show debuts at the DC Improv, bringing along its Sexy. Hilarious. Vibes! It's more than a comedy show...it's an entire experience! Created by DC's own, the hilarious Tommy Taylor Jr. (Comedy Central, Amazon Prime), Almost Ladies Night is quickly becoming the hottest ticket in town (as seen on ABC's Great Day Washington, Washington CityPaper). Each show features the hottest national comedians, and creatively blends comedy through live music, videos, and hilarious segments ... and you never know which celebrities might drop-in! Make sure you ARRIVE EARLY for our pre-show entertainment, including complimentary massages provided by Hand-In-Motion Mobile, pre-show games and prizes, drink specials and music. Don't be fooled by the title, Almost Ladies Night is a hilarious show that attracts the most beautiful women in DC, so it's definitely a great night for the fellas too! It's a perfect night to bring Bae or to come meet Bae, but just don’t do both at the same time! 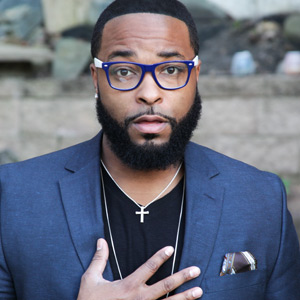 Tommy Taylor Jr. is a uniquely talented comedian with a diverse artistic repertoire. Along with being a cast member in HBO’s “The Wire" for three seasons, Tommy recently reprised his role on the Emmy winning HBO series “VEEP" for his third season there as well. His original sketch comedy program “The Tommy Taylor Show" brings Tommy’s brand of “GOOD. CLEAN. COMEDY." to television and the Internet. It has received millions of views online, been aired nationally, and won several local and national awards.